What is a Random Number Generator?

Before we get into the nitty-gritty, let’s start with the basics:

There are actually two different types of Random Number Generators out there. The “true” ones and the “pseudo” variety. In the real world, the pseudo RNGs are the ones able to be used and applied by humans more easily and with less manipulation – or cheating.

The RNGs of casino games and slot machines are actually not truly random, but rather “Pseudo” RNGs. The difference between the two is actually derived by the means by which the numbers are generated.

With TRNGs, number generation is typically a completely unpredictable physical phenomenon (such as radio or atmospheric noise), powered by entropy and only explainable through quantum mechanics. PRNGs, on the other hand, utilize a mathematical algorithm or are otherwise computer-generated.

The key difference is that with computer algorithms, all output could technically be predicted if all seed values were known. Hence… “pseudo”. As with anything involving mathematics, if there is an equation involved, then it is not really random at all.

Not Quite So “Random”

You’ve probably heard people say that online gambling is fair and legitimate because the games are completely random. Unfortunately, that’s not entirely true. Although we are talking today about random number generators and their uses in online slots, the truth is that the games are not truly random.

Don’t misunderstand — we’re not saying that casinos are cheating players or the games aren’t fair. Most online casinos out there are reputable in their dealings and do play fair. They just aren’t totally random.

RNGs can come close enough that results appear random. If you had a file with millions of results, it would be extraordinarily difficult to discern a pattern. Payback percentages show us what we’d expect to see given random results.

So, despite the slight misnomer of “random” number generator, the core idea remains that all output will appear random to anyone that does not know the equation or the algorithm. The truth is that most RNGs are not truly random.

As we mentioned above, only TRNGs are truly random, so anything involving a mathematical formula or human-programmed computer algorithm can always be cracked or predicted when enough information is gained.

By utilizing an equation to create randomized output, a person with knowledge of the formula could, in fact, predict the outcomes. It is this semi-randomness that actually allows computer-based RNGs to be vulnerable to hackers.

There is a common misconception that the computer only generates random numbers when someone is actually playing the machine. This is actually not the case. The numbers generated are calculated very rapidly and continuously, even when the machine is not in use.

How Slots Use RNGs

When it comes to slots, each of the symbols on a reel is assigned a value. For example, if a slot machine has 5 reels and each reel has 12 symbols, the RNG creates a value of 1-12 for each of the five reels.

When the player spins the reels, the RNG computes a result of the values, which is seen by the player as 5 symbols on the screen. If the 5 “random” symbols match up, the player is paid according to the payout chart.

Is it Possible to Cheat RNGs?

Random Number Generators are quite complex. As you can see, they involve elaborate mathematical code that’s buried in software, covered by encryption, hidden in computers that are monitored by security cameras. Good luck figuring out a way to game the system.

Well, maybe, and maybe not. In fact, you really only need a tiny piece of information to hack (or crack) the code.

Since RNGs are basically repeated calls to functions in order to generate “random” numbers, all you need is the key to the function. Like a cipher used to decode a secret message, knowing the critical “key” is what can allow you to hack the code.

Also known as a “seed,” this number is the initial integer that is inserted to the RNG that begins the entire operation. Once you’ve found the seed, the entire algorithm can be deciphered.

If a hacker can substitute a pseudo-random bit in a predictable way, the short answer is that the security of the RNG is completely compromised (and usually undetectable). But boy, is that easier said than done.

Claim Your Bonus at Yabby Casino

There are a few notable examples of successful RNG hacks out there by various means. Some attacks succeeded by means of reverse engineering and some system hacks were accidental when flaws (or bugs) in the code inadvertently reveal the key to prying eyes.

Back in the days of analog slot machines, it was a lot easier to game the system. Clever cheaters came up with all kinds of ways to trick the machines, from yo-yo coins (with a string attached) to magnets and even a monkey’s paw, which enabled players to trigger a payout without a wager.

Since slots went digital, however, cheating slots has become much more difficult, as a group of Russians found out in 2009.

Just over a decade ago, Russia made gambling illegal, forcing slot owners to sell their machines. When they did, a group of entrepreneurial fraudsters purchased some of the machines and set to work pulling them apart in an attempt to decipher the computers’ complex algorithms.

This team in St. Petersburg got the Aristocrat Mark VI brand of slot machines, then proceeded to dismantle them, basically reverse-engineering the RNGs to crack the algorithm. When they gained enough information, they created a complicated scheme involving operatives in casinos in Missouri and Illinois who recorded spins on the slot machines, sending information back and forth from Russia.

Needless to say, the US operatives ended up being arrested and prosecuted on charges of conspiracy to commit fraud.

To put your mind at ease, the good news is that all licensed and regulated online casinos use audit and evaluation software that has been tested by an independent third party. This tamper-proof software enables online casinos to continually check in on their systems to prevent hacking, fraud, and cheating. This is why it’s imperative to bet with regulated online providers – otherwise the house may be cheating you the whole time.

There are a few companies out there that offer testing services, such as Technical Systems Testing (TST), owned by Gaming Laboratories International (GLI).

Some of the tests they perform include:

Casino operators are also not allowed to make any changes to their machines without going through an extensive process involving lots of paperwork, notifying state regulators, using state-approved chips, and periodic inspections after the fact to ensure the machines are fair and following appropriate guidelines.

In case you’re not familiar with penetration testing (no giggling), this is a practice also known as “pen testing” or “ethical hacking” that tests a computer system, a network of computers, or a web application to find possible exposure to infiltration.

This type of testing uses third-party tested software applications that can either be automated or performed manually by IT personnel.

Casino operators that pass the test are awarded a badge and certificate stating that their games are “fair,” meaning that (for all intents and purposes) they are random enough to play by the rules.

Passing the test is important because it gives players the guarantee that any games that the casino offers are not influenced by any outside variables such as VIP rewards, pay-offs, or the number of credits in play. It also means that their machines meet the minimum payout percentages established by local authorities and gaming commissions.

Yes, it’s true. Some states actually have delineated in their regulation statutes a certain percentage of payouts for each type of casino game. For example, Nevada requires a minimum of 75% while New Jersey stipulates 83% of all money put in, has to get paid out. Houses are also able to set award rates higher than the maximum – so a new game in Nevada might be set to a return rate of 95% before it’s set lower at a later date.

An Idiot No More

There you have it. Random number generators are no longer a deep, dark mystery of the uninitiated. These complex systems are just another way to randomize outcomes and keep the “chance” in games of chance.

While casino games are the obvious application for this technology, RNGs are actually used in a variety of fields for many different processes such as statistical sampling, security systems, computer simulation, cryptography, and even airport security, using RNGs to determine who gets pulled out of line for that dreaded “pat down”.

While RNGs in online slots may have their flaws, the system works pretty well in general. As long as you’re playing at a reputable casino in a well-regulated gaming jurisdiction, you can be reasonably certain that you’re getting a fair shake (or, more accurately, “spin”). 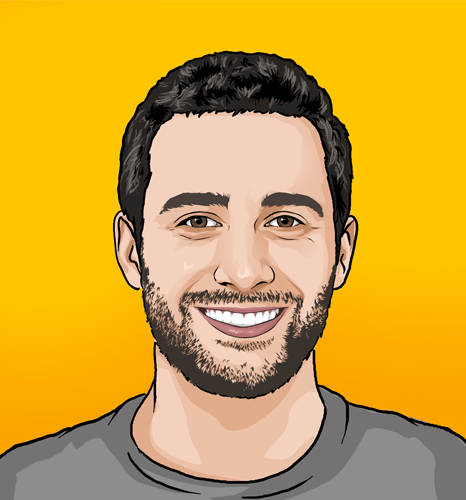 Hi, I’m Ben, Chief-in-Editor here at NoDepositWorld. I’m proud to be part of a tight-knit team of industry professionals who are dedicated to bringing you the best possible gaming experience. By providing factual, unbiased reviews, helpful articles and exclusive bonuses, we make sure you get the most of your gaming experience – every single time!